What makes the Libertarian Party different?

Libertarians are not progressives, and they’re not conservatives. Here’s what sets our party apart from the others.

Libertarians prize civil rights above all else. This respect for the individual citizen is baked into our political DNA. We were promoting gay rights way back in 1972 – when our party was founded. Meanwhile, prominent members of the old “blue” party – the one that supposedly champions the rights of individuals – remained opposed to gay marriage until just a few years ago.

But we don’t only value the rights of traditionally marginalized people. Libertarians seek to defend and expand the civil rights of all people, regardless of race, gender, sexual orientation, ethnicity, religion, national origin, preference of green over red (or vice versa) – or anything else. The Libertarian Party of New Mexico defends your right to pursue the lifestyle you want, as long as you do not infringe the rights of others or take their property. It’s a simple philosophy, and one that aligns perfectly with the way New Mexicans have lived throughout their history.

Libertarians believe the best way to ignite the New Mexico economy and foster job creation is to get government out of the way of entrepreneurs. The old “red” party says they are pro-business, yet they keep passing laws that make it difficult for New Mexicans to start new companies. We believe burdensome regulatory requirements stifle business growth, and we really mean it when we say we will work diligently to repeal regulatory laws that have no direct impact on health and safety.

We also realize that migrant laborers play a vital role in the success of many New Mexico businesses. The Libertarian Party of New Mexico supports the free movement of law-abiding people throughout the region, regardless of their national origin.

We think you know best how to educate your children

If you want to homeschool, more power to you. If you want to put your children in public schools, great. If you choose private education, good for you. Both of the old parties, on the other hand, think it’s their job to force your children to pursue a college prep curriculum of some sort – or face legal consequences.

Libertarians believe the government should not dictate the type or manner of education for your children. We believe nobody knows your children better than you do, and thus you are in the best position to decide what type of education benefits them the most. The Libertarian Party of New Mexico always will fight to give parents maximum education options, be it in the form of school vouchers or the repeal of regulations that make it difficult for you to pursue the educational path of your choice. And we will work diligently to take back control of our educational system from Washington, D.C., to make it more responsive to our state’s unique needs.

We absolutely oppose income tax. You work hard for your paycheck, and the government has no right to seize a portion of it each payday. Neither the old “blue” party or the old “red” party believes that. If they did, they would have done something about it long ago.

Libertarians believe a better alternative to income tax is a consumption tax, such as the Fair Tax. This type of system is easily implemented at the state level. The Libertarian Party of New Mexico strongly believes this type of tax system will reinvigorate the state’s economy while maintaining adequate funding for our state’s spending priorities.

And, yes, we do support de-scheduling drugs

While the legalization of cannabis by the NM legislature was a good start, the legislation is still full of control of every aspect of the commerce in c cannabis by the state. This, naturally, leads to high prices, and crony profits for those that are favored by the state with production licenses. Let us continue the good work, and de-schedule (remove from government control) other drugs, like psilocybin and other drugs.

Our full state platform is coming to this website soon. Meanwhile, you can learn more about the Libertarian Party by reading the national platform.

It’s time to ditch the red and the blue and go for the gold: the Libertarian Party 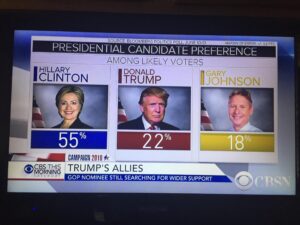 If you feel alienated from your current party – or if you feel you never quite found the right political home – then join us! Sign up for our mailing list to receive news about our events, our candidates and more. We look forward to hearing from you. Welcome home.